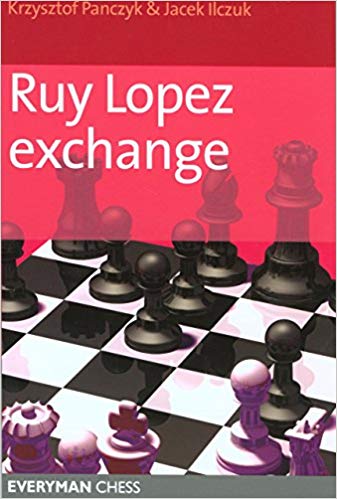 by Krzystof Panczyk and Jacek IlczukThe Ruy Lopez Exchange (or Spanish Exchange) is a classical and well-respected opening that is a favourite amongst Grandmasters and club players alike. It has provided the battle scene for many heavyweight clashes between worldï¿½s elite, including (amongst others) Alexei Shirov, Jan Timman, Nigel Short and Michael Adams. Very early on in the game, a distinctive pawn structure is obtained, and in this particular opening itï¿½s the understanding of key ideas, plans and structures thatï¿½s more important that the memorisation of long theoretical variations.In this book, noted opening theoreticians Krzysztof Panczyk and Jacek Ilczuk explain the crucial strategies and tactics of the Ruy Lopez Exchange. Using model games for both White and Black, the authors provide a thorough schooling in the key ideas of both the fashionable lines and the more offbeat variations. In this way, players of all standards can quickly and confidently begin to play the Ruy Lopez Exchange with either colour in their own games.