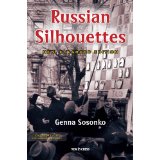 As a respected trainer who became a world-class chess grandmaster after leaving Leningrad and moving to Holland in 1972, Genna Sosonko observes the golden age Soviet chess from a privileged dual perspective. Combining an insider's nostalgia with the detachment of a critical observer, he has produced unforgettable portraits of the heroes of this bygone era: Tal, Botvinnik, Geller, Polugaevsky, and the legendary trainer Zak are some of his subjects. This New Editon has two brand new stories. Delightful --The Washington Post.