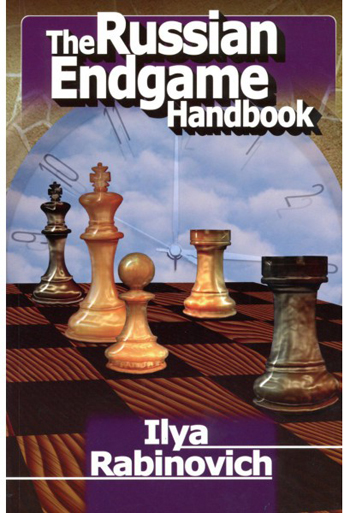 An old Soviet quip has it that Western amateurs "play the opening like grandmasters, the middlegame like experts, and the endgame like beginners." Soviet-trained players would fearlessly steer the game toward the final phase, confident of their superior endgame skill. Ilya Rabinovich's Russian Endgame Manual is a major reason for this. Rabinovich raises the beginner's understanding of the endgame to a sophisticated level, starting with elementary checkmates and then moving on to the principles for handling complex endgames and advanced concepts in king-and-pawn endings, such as the theory of corresponding squares. The author pays special attention to frequently neglected endgame themes such as rook vs. pawns, rook vs. a minor piece, and queen vs. rook. First published in 1927 and updated in 1938, this classic work - featuring more than four hundred instructive endings and over three hundred exercises for self-study - served a generation of players at the height of the Soviet School's dominance.