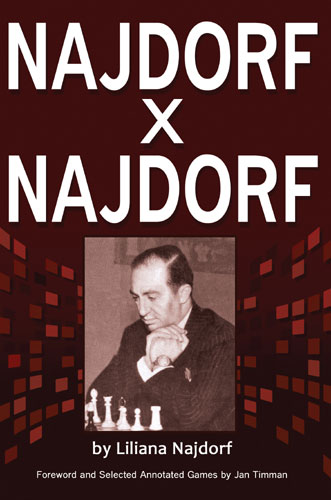 Among major chess figures of the 20th century, few stand out morethan Miguel Najdorf.One of the world’s best players for decades, he was also one of the most active and colorful.And his life, both at the chessboard and away from it, was rich in experience,both joyful and deeply painful. In this biography, Najdorf’s daughter Liliana paints an intimate portraitof her larger-than life father.She writes about him, warts and all, showing us her father as a man both greatly talentedand deeply flawed, a man at once loving and rage-prone, noble and petty, generous ansselfish, jovial but despotic, earthy but vain, exuberant yet deeply sad. A genius who could conduct 40 blindfold games simultaneously andmemorize long strings of random numbers, yet forgot where he parkedhis car. For the English-language edition, Dutch grandmaster Jan Timman hasprepared a selection of annotated games and an in-depth foreword.These are complemented nicely by several historical essays, whilemany photographs round out this engrossing biography of one of theworld’s most fascinating chessplayers of the 20th century.