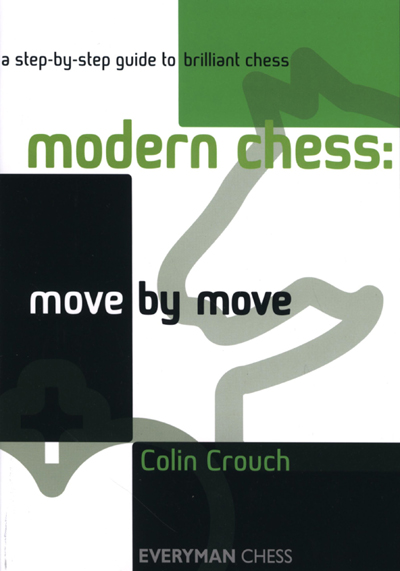 by Colin Crouch, 413pp. (Everyman 2009) Leading chess author Colin Crouch selects and explains over 30 sensational games, all from the new millennium. By studying battles between the world’s best players, Crouch examines in detail all the key areas of modern chess. Powerful attacking and resourceful defending, bloodthirsty tactical battles, profound positional mastery, deep opening preparation and superb endgame play are all in evidence here, while Crouch also explores the ever-increasing role of computers and the way human imagination can work in harness with them. There is something for everyone in this book: aspiring players will benefit greatly from the clear explanations of the fundamentals, while stronger players will gain considerably from Crouch’s deep insight and analysis in more complex positions. This book reflects the continuing changes in modern chess, and how you can use the lessons learned to great effect in your own games. Features: Over 30 brilliant games of chess, annotated move by moveLearn from Kasparov, Anand, Kramnik, Topalov and other greatsCovers all aspects of modern chess About the Author: Dr Colin Crouch is an International Master, an extremely experienced tournament player and a highly regarded chess writer. His previous books for Everyman Chess include Queens Gambit Declined: 5 Bf4!, which has been highly acclaimed for its thoroughness and originality, with one reviewer describing it as ‘the opening book of the year’. He has been a regular columnist for British Chess Magazine and CHESS.