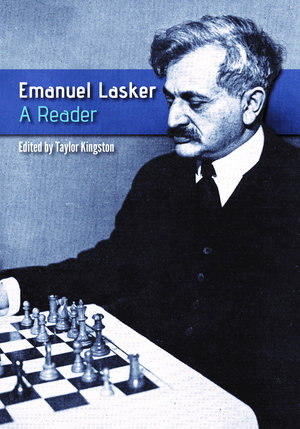 “I do not accept an absolute limit to my knowledge. I have a zeal to understand that refuses to die.” — Emanuel Lasker, 1919

Among great chess masters, Emanuel Lasker (1868-1941) stands unique for the depth and broad scope of his intellect. Most of the game’s world champions have been single-mindedly chess-obsessed, with few outside interests. Lasker, however, was very much a polymath, making major contributions to mathematics and philosophy, plus writing on many other subjects: science, politics, economics, sociology, board games other than chess, etc. All while retaining his chess crown for nearly 27 years, and ranking among the world’s top ten for over four decades.