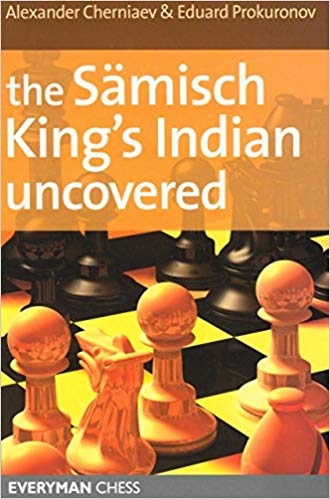 byCherniaev & ProkuronovThe Sämisch King's Indian continues to be one of the fiercely contested openings in chess. White's play is based around an extremely solid centre, and there's the very real possibility of launching a direct attack against the black king; a welcome change because often it is Black who goes gunning for checkmate in the King's Indian. But the Sämisch is flexible too; if White wishes he can instead try to strangle Black with his obvious space advantage. It's these features that have made the Sämisch such a popular weapon for White both at club level and with the world's elite. World Champions Botvinnik, Tal, Petrosian, Spassky, Karpov, Kasparov and Kramnik have all utilized the Sämisch at one time or another, a testimony to the strong reputation of this opening.In this book, opening experts Alexander Cherniaev and Eduard Prokuronov present an up-to-date study of the Sämisch and its many offshoots. Using illustrative games, they look at the traditional main lines, the trendy alternatives and the tricky sidelines, while outlining the typical tactical and positional ideas for both White and Black. A study of this book will allow the reader to begin playing either side of the Sämisch with confidence in his or her own games.175pp. (2007 Everyman Chess