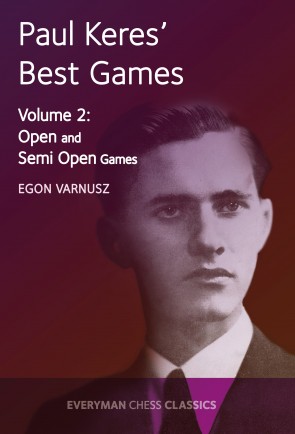 The legendary Estonian player Paul Keres was one of the strongest players never to win the World Chess Championship. The ‘Crown Prince of Chess’ was universally admired for his clear-cut style of play and chivalrous personality. Three times Soviet Champion and on seven occasions a candidate for the world title, he was for over a quarter of a century one of the elite of the chess world. Egon Varnusz concludes his authoritative study of Keres’ finest games with commentaries on a further 240, all this selection opening 1 e4. All are classified according to opening variation, offering both the student and connoisseur a deeper insight into the theory and practice of open and semi-open chess.