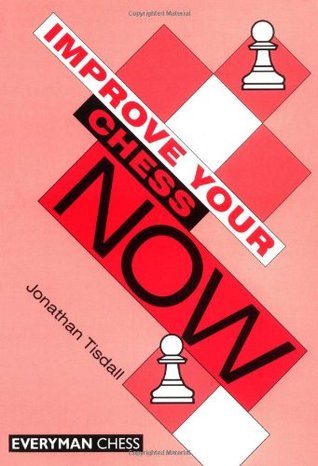 by Tisdall.In an important and strikingly original self-improvement manual, Jonathan Tisdall draws upon many year of experience as both player and trainer to explain a new approach to chess thinking. His ideas will be especially welcomed by players frustrated with the mechanical and unnatural 'candidate moves' and 'tree of analysis' approach advocated by many previous texts. Tisdall's innovative ideas extend to the psychological aspects of chess, and in particular the defense of bad positions. The final sections of the book provide an armory of mating patterns to be absorbed into the reader's subconscious. As proof of the effectiveness of his methods, in the course of writing this book, and by using the very techniques he recommends here, Tisdall made a quantum leap in playing strength and achieved his life-long ambition of gaining the prestigious grandmaster title. Grandmaster Jonathan Tisdall is a professional player and an experienced chess journalist who has reported on many world championship matches. Originally hailing from the United States, he now lives in Norway, where he teaches pupils of a wide range of playing standards. He is well regarded on the international circuit as an opening theoretician and analyst, and has been Jon Speelman's second in World Championship Candidates' matches. FAN. Soft cover, 224 pages. Cadogan