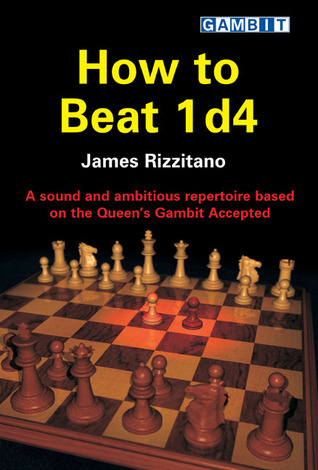 byJames RizzitanoRizzitano, author of Understanding Your Chess, presents a full repertoire for Black against 1 d4, based on the Queen's Gambit Accepted (QGA). The QGA is an extremely popular opening amongst players of all levels, as it gives Black free development and counterpunching potential, especially if White takes up the challenge and tries to set up a broad pawn centre. The QGA's soundness is shown by the number of top-class grandmasters who have used it in critical games - it was a key factor in Short's victory over Karpov, and has even been used by Garry Kasparov at world-championship level. Rizzitano has chosen to recommend dependable main lines of the QGA, and throughout emphasizes how Black can create winning chances and White's typical ways to go wrong. The repertoire is completed by a set of weapons against White's alternatives to offering the Queen's Gambit, ranging from the solid Colle to the weird Hodgson Attack and the reckless Blackmar-Diemer. James Rizzitano is a strong international master who dominated chess in the New England region during a 14-year period from 1976 to 1989 - he won 157 out of 336 events in which he competed. His career highlights include victories over Alburt, Benjamin, Benko, Christiansen, Dlugy, I.Gurevich and Wolff, and exciting draws with de Firmian, Larsen, Speelman, and the legendary former world champion Tal. Rizzitano has recently made a return to competitive chess.Publication : 2005 Gambitpages : 160pp.