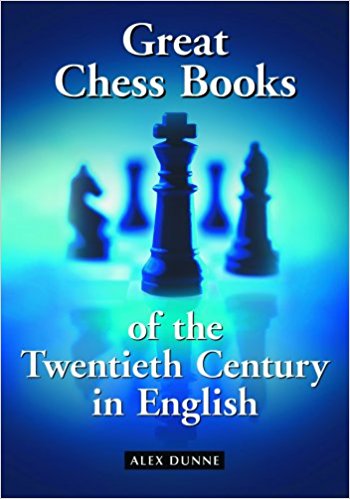 byAlex Dunne Although Dunne has adopted a populist approach in his choice, most of the major titles are included – by Reti, Nimzowitsch, Euwe, Botvinnik and so on. The book exhibits a North American bias with too many down-market titles and one or two odd selections, notably Mates of a Chess Mistress by a certain Ted Mark, a title which, perhaps fortunately, appears to be out of print. But half the fun of a book like this is comparing the reader’s selections with the author. The biggest omission is individual opening books published by Batsford in the days when Peter Kemmis-Betty was general editor and Bob Wade chess advisor. It would be invidious to nominate any individual volume, but collectively they revolutionised the approach to chess opening theory. Ray Keene’s Flank Openings, also not included, was very influential in its time. All in all, any chess book addict will enjoy this book. McFarland & Companyhardcover, 199 pages