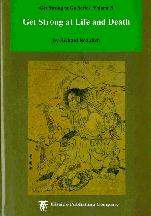 Killing isolated groups or finding a way to make two eyes for them is an important technique that every go player must acquire. Positions in which you must determine whether a group is alive or dead occur in almost every game, and the player whose skill at killing a group or finding the moves that will give his own group two eyes stands the better chance of staging an upset.In fact, life and death is regarded as so important that apprentices studying to become go professionals are required to spend many hours each day solving life-and-death problems in order to improve their analytical abilities. Solving a life-and-death problem requires the reading out of the solution as well as the numerous variations and moves that the opponent may respond with. This often requires reading more than six moves deep and keeping a picture in your mind of the resulting positions of all variations. Such activity can be likened to mental weight training.Although this is first and foremost a problem book (containing 230 problems), the explanations of the main topics make it useful as an introduction to life and death and it should be accessible to players who have read an introductory go book and played a few games.Divided into three parts, the first systematically covers the basics of life and death, starting with the fundamental concept of eye space. Next, the three essential tesujis used to kill groups are introduced: the hane, the placement, and the throw-in. In another section the reader is shown when it is appropriate to expand his eye space and when he should fall back and play on a vital point. Also included are a complete explanation of the status of the bent-four-in-the-corner shape and ten-thousand-year ko. The last two sections of this part present a thorough analysis of the comb formation and the carpenter's square.Part Two contains 100 life-and-death problems of positions that arise from josekis and their variants. In many of the standard patterns presented, small changes are made in the configuration of nearby stones and the effect on the status of the group under siege is illustrated in a series of problems. The material in this part is aimed at stronger players.The final part presents 64 problems for the reader to review and practice applying the principles learned in Parts One and Two.