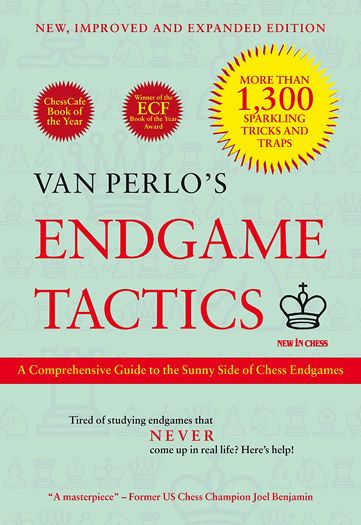 New and substantially expanded edition of a modern chess classic. By chance, in 2013 publisher New In Chess discovered a previously unnoticed and unpublished extra batch of endgame tactics collected by the legendary Dutch correspondence grandmaster Ger van Perlo (1932-2010). More than 250 fresh examples have been added, making this fourth edition 25% BIGGER than its predecessors. For casual players and club players. Why is it that most amateur chess players love opening and middlegame tactics but hate endgames? Why do you usually look at only a couple of pages in any endgame theory book you see? Sit back, forget about theoretical endgames, and enjoy the entertainment of real life chess in Endgame Tactics! There is no substitute for hard work in getting better at chess, as a wise grandmaster once said. But you always work harder at something you enjoy. Make the first step towards improving your endgame play (and beating more opponents) by learning to love the endgame. Endgames are fun, and the examples from everyday practice in Endgame Tactics prove it.