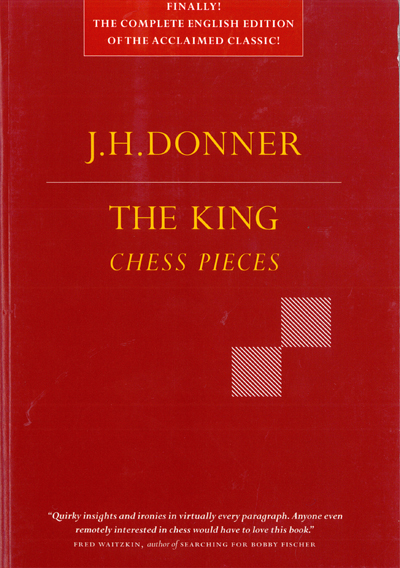 byJ.H. Donner (1927 - 1988) was a Dutch Grandmaster and one of the greatest writers about chess of all time. He was a chess reporter and a chess columnist, as well as an annotator of the game. Above all he was a witty and unpredictable commentator of everything and everybody, both inside and outside the chess world. THE KING spans a writing career of more than thirty years during which Donner slowly developed from chess player-writer into writer-chess player.Donner's favourite themes are: Bobby Fischer, the blunder, chess as a game of luck, why women can't play chess, madness, and poor Lodewijk Prins, his rival for the Dutch National Championship for many years, who, according to Donner, "couldn't tell a bishop from a knight." THE KING is a book full of insults and ironies, but Donner wouldn't be Donner without a considerable amount of self-mockery.Publisher: New In Chess, 2006 Edition: Paperback large Pages: 392