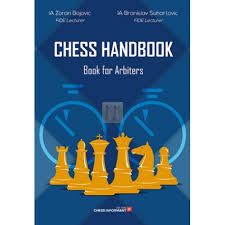 Competitive chess is not only about presenting your chess knowledge and turning it into a full point or defending a position for 5 hours and then missing to claim a three-fold repetition just because you are unaware of the chess rules and their proper implementation.

Imagine that, no matter how good your coach is, he may have never dragged your attention to explaining some simple cases that could arise in a tournament game. Or worse, say you are a chess professional, but failed to study the latest changes on the laws of chess and namely this brought you to a situation where you simply lost your prize money due to the mentioned fact.

So, a natural question would be: Who this book is intended for?

First and foremost – the chess arbiters, as it is stated on the book cover. Bojovic and Suhartovic, experienced International Arbiters and FIDE lecturers, have tried to handle the matter in such a way that even the beginners may master it, and that at the same time it would be useful to any chess arbiter as well.

Since the jobs of arbiters and organizers are inextricably linked, it is considered that also the organizers shall find useful information in it. In addition, it will be useful to all chess players, primarily to professionals