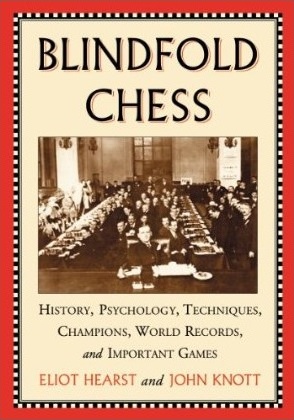 During the 18th century, when Philidor played two blindfold games of chess simultaneously, eyewitnesses were asked to swear affidavits attesting to this remarkable feat. Since then, blindfold chess--the art of playing without sight of the board or pieces--has produced some of the greatest feats of human memory, progressing to the extent that the world record is 45 simultaneous blindfold games.This work provides the first extensive coverage of blindfold chess from its earliest known instances through the present day. It describes the personalities and achievements of some of blindfold chess's greatest players--including Paulsen, Morphy, Blackburne, Zukertort, Pillsbury, Reti, Alekhine, Koltanowski, Najdorf and Fine, as well as present-day grandmasters such as Anand, Kramnik and Morozevich, who play in regular tournaments with all players blindfolded. Including some never before published, 444 games scores are presented, peppered with diagrams and annotations. Hints for playing blindfold chess, the benefits of playing blindfold, and a readable summary of psychological research on blindfold chess ability are also included. Appendices offer a chronology of world-record simultaneous blindfold performances since the 18th century, and proposed rules for serious simultaneous blindfold play.