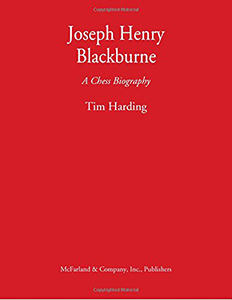 During a career spanning more than 50 years, J.H. Blackburne (1841-1924) won the British Chess Championship and several international tournaments, at his peak becoming one of the world's top three chess masters. A professional player who derived his livelihood from annual tours of chess clubs in England and other countries, entertaining and teaching amateur players, he astonished his contemporaries by the ease with which he played the game without sight of the chessboard. At 21, he set a world record for such exhibitions, competing against 12 club players simultaneously, and he continued to perform "blindfold" into his sixties. This first comprehensive biography of Britain's greatest chess player of the 19th and early 20th centuries presents more than 1,000 of Blackburne's games chronologically, including all his surviving games from serious competition, annotated in varying detail. Many are masterpieces containing beautiful combinations and instructive endgame play.