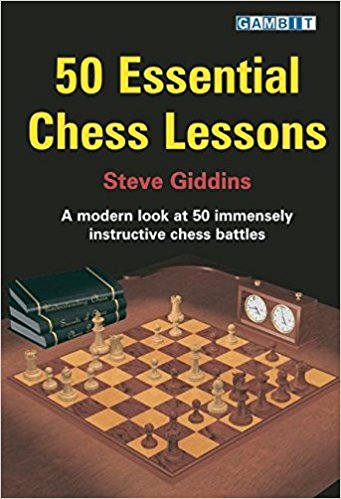 bySteve GiddinsSteve Giddins has chosen 50 supremely instructive games - some old, some new, and including many that few readers will have seen before. He has annotated these games in detail from a modern perspective, explaining the useful lessons that can be learnt from them, while avoiding the harmful dogma that characterized many older works of this type. Topics include: Attacking the King, Defence, Piece Power, and Endgame Themes. Each game is followed by a recap of the main lessons to be learned.Giddins writes in a highly accessible down-to-earth style that appeals to club players seeking to improve their understanding of practical chess. His knowledge of Russian-language chess literature has enabled him to find many excellent examples that have not appeared in previous western literature.Steve Giddins is a FIDE Master from England who plays regularly in international events and has frequently contributed to the British Chess Magazine. He has gained a reputation as a writer who provides useful, no-nonsense advice on topics of genuine practical importance. Publication : Gambitpages : 160