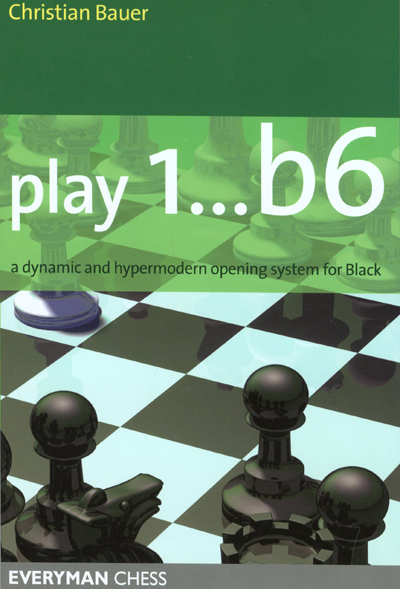 byChristian BauerFed up with getting difficult positions with the black pieces? Tired of always having to keep up with all the latest developments. Take a break from the mountains of opening theory and play 1...b6! With the move, preparing a bishop fianchetto, Black immediately directs the game into relatively uncharted territory, one where White players are not able to sit back and rely on their 'opening book' knowledge. The real beauty of 1...b6 is that it can be played against virtually every single first move by White, so it is a perfect choice for Black players with neither the time nor inclination to memorise a multitude of different defences. Despite being relatively unexplored, 1...b6 has been the weapon of some dynamic and uncompromising world-class players, including Britain's first grandmaster, the late Tony Miles. In this revolutionary book, Christian Bauer reveals for the first time the secrets of how to play 1...b6 with success. He takes an in-depth look at both the main lines and White's more offbeat tries, creating a comprehensive repertoire for the Black player and highlighting the tactical and positional ideas for both players.