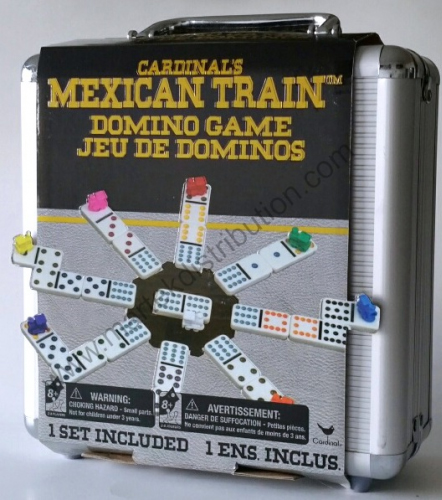 Mexican Train is a wonderful all-ages game of skill and strategy for two to eight players. Trains of dominoes spread over the table as each player attempts to avoid being railroaded. The object of the game is to be the first player to play all of his dominos or to play a domino on the Mexican train. Add to your own train, start a new one on the central hub, or play on an opponent's "stalled" train. However, it's almost worth losing this game of Mexican Train just to press the electronic train hub and hear it whistle like a real locomotive! Includes nine train games pieces, instructions, and 91 pro-size double-twelve color-dot dominoes--all stored in a convenient train-shaped metal tin. Batteries included.