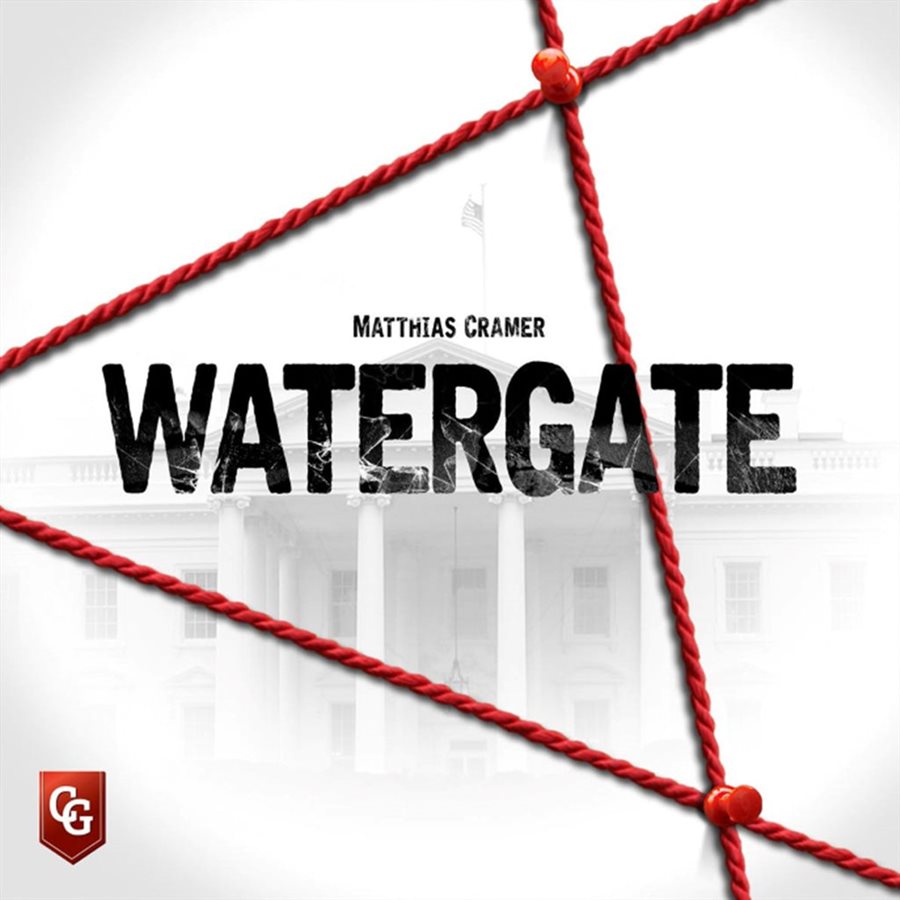 In Watergate, one player assumes the role of a Journalist, while the other embodies the Nixon Administration—each with a unique set of cards. To win, the Nixon Administration must build up enough momentum to make it to the end of the presidential term, whereas the Journalist must gather enough evidence to connect two informants directly to the President. Of course, the administration will do all in its power to smother any evidence! Also included is a history of the Watergate scandal -- great for educational purposes!
From designer Matthias Cramer and illustrations from Klemens Franz, Watergate is now available in a thematic, new look! The original 2019 black box edition is also still available.
Watergate is an excellent game for players of all skill levels. Each round, both players will have 5 cards in their hand. Each turn, you simply play 1 card, using either the point value to move a token of your choice in your favor, or play the card for its event.
Often coming down to the wire, either the Press will link 2 informants to Nixon, or Nixon will reach the end of his presidential term. Buckle up -- Watergate is a tense ride from start to finish!