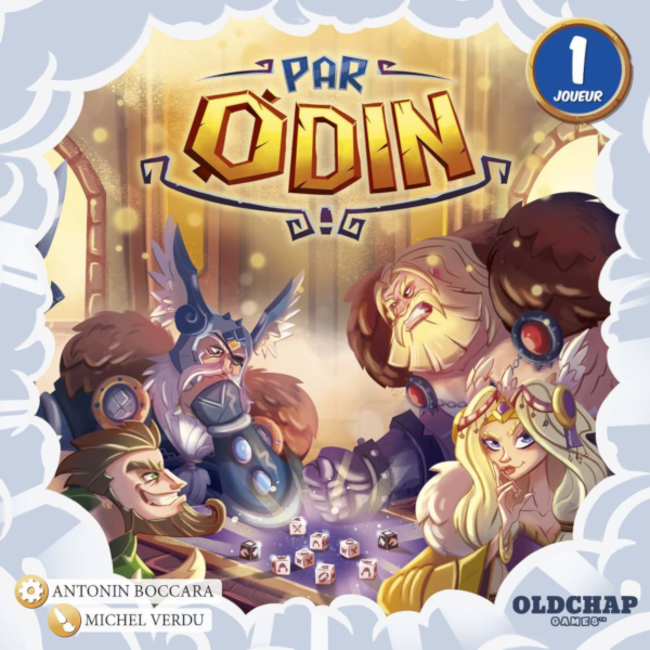 Legend has it that one day a human will come to the kingdom of Ásgard and play alongside the gods ... Will you be this hero?

In Par Odin, you play as a human warrior come to perform 50 challenges to sit at the table of the gods. In this solo, narrative and evolving game, you will gradually discover the mechanical richness of the game and the world of Nordic mythology.

Each challenge is consisting of split the designated dices (among 9 values in total) in 2 equal parts in term of values. For example a Fighter worth 1 point, so with 4 Fighters, you have to put 2 Fighters for each side. Some dices reduced, doubles or cancel other dices.