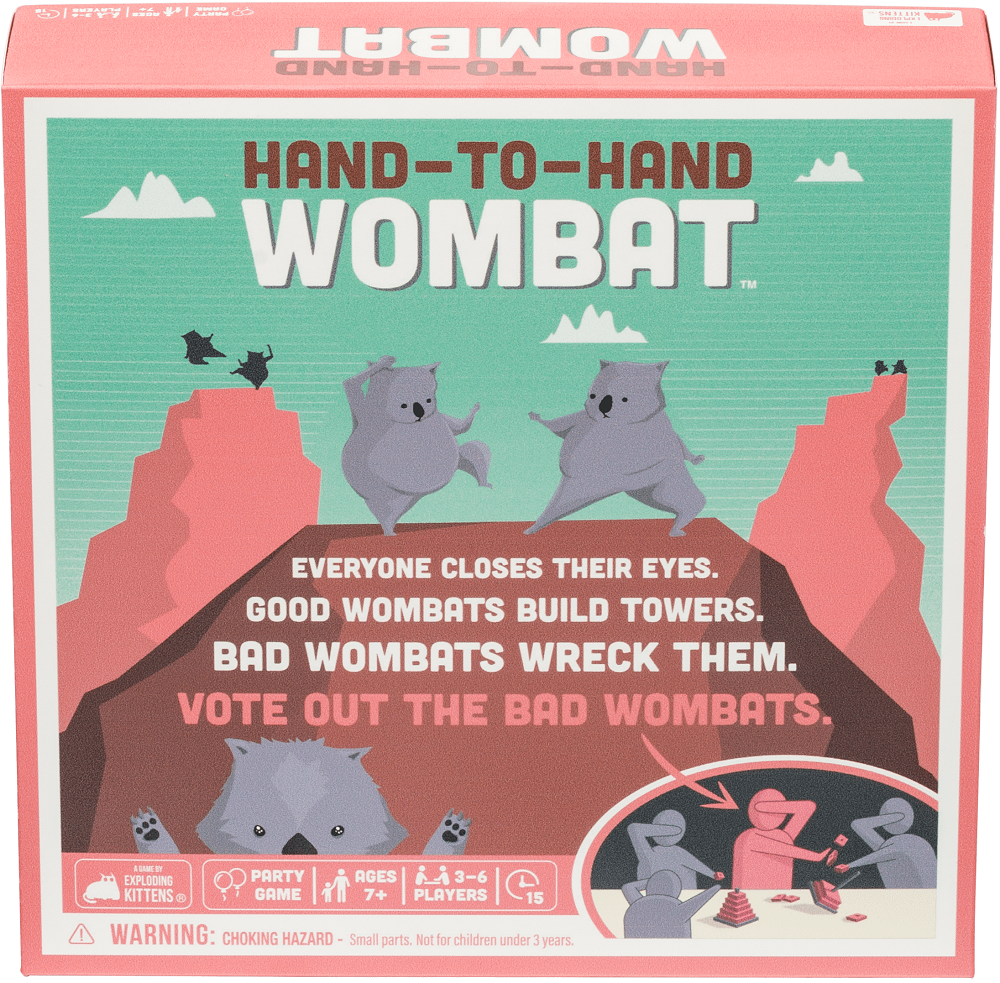 To play Hand-to-Hand Wombat, you’re each given a secret identity as a Good Wombat or a Bad Wombat, then everyone closes their eyes. Good wombats build towers; Bad Wombats try to mess with those towers. After the timer is up, everyone opens their eyes and discusses, argues, and votes on who they think is a Bad Wombat.

Hand-To-Hand Wombat is like thumb wrestling combined with Mind Wrestling.

At the beginning of the game, you're given a role card : you'll either be a good Wombat or a bad Wombat
The game pieces are then scattered around the table.
Everyone closes their eyes while manipulating the pieces simultaneously. The Good Wombats are trying to build the three pyramidal towers in an orderly fashion whereas the Bad Wombats will try to cause chaos by deconstructing the towers or by ruining the pyramidal shapes.
When the timer runs out, everybody stops, open their eyes, discuss what just happened and votes to cast a player out of the game.
The Good Wombats win if they successfully build the towers before too many of their teammates have been eliminated. Otherwise the Bad Wombats win.