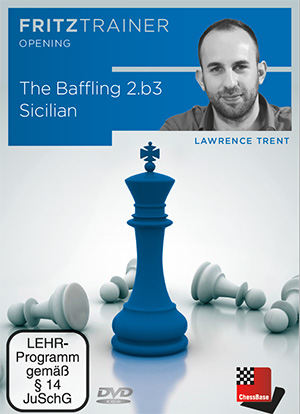 There are a number of good Anti-Sicilian options out there, however I believe the 2.b3 Sicilian to be one of the most overlooked and underrated systems available to White. This modest move came back to the fore as a legitimate Anti-Sicilian weapon when none other than Vladimir Kramnik used it in a few games to frustrate his Sicilian diehard opponents