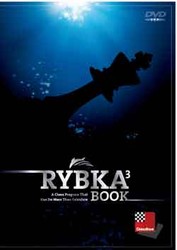 The Rybka 3 opening book is a high-class compilation of opening theory. It was developed for the world’s strongest chess program Rybka 3 and will maximize the program’s playing strength. The choice of variations in the book is well suited to the style of the program, and the book has been fine-tuned and checked in thousands of games. The Rybka Book has high value outside computer chess. It reflects the state of current opening knowledge as played in master, correspondence and 100,000 top computer games (up to June 2008). And this is only the starting point: the value of the book lies in its deep original analysis and move choices, which lead to a re-evaluation in many critical points of modern theory. This makes it useful for tournament and correspondence players alike. The book contains a lot of computer-checked analysis never published anywhere before. The author of the Rybka 3 book is Jeroen Noomen, one of the world’s leading experts in computer opening theory. Jeroen Noomen has been on the Rybka team since the very start, and his preparation is used in all official events, including the World Championship 2007 which Rykba won. In his long career as an opening analyst he has achieved many fine novelties in top computer chess events.