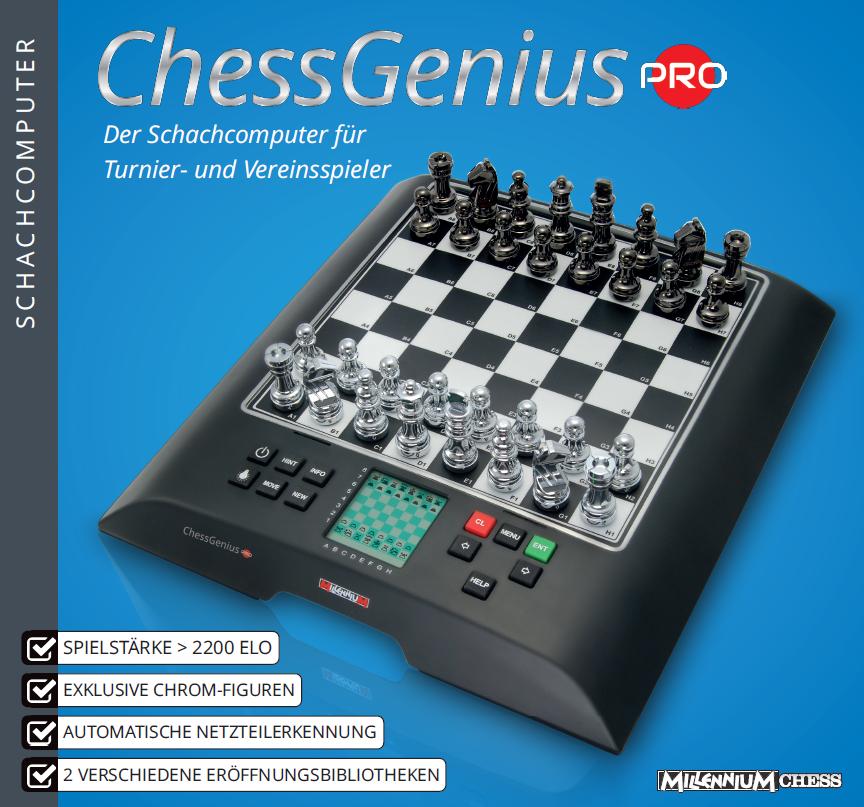 The Millennium Chess Genius Pro is the ideal chess computer for club and tournament players of all skill levels. It’s one of the most powerful chess computers of all time, featuring the world-champion software ChessGenius by Richard Lang!
After the much-publicized launch of MILLENNIUM Chess Genius in late autumn 2015, we now see the significantly improved performance and enhanced, more elegant, version of Chess Genius PRO. Many ideas expressed by users have been incorporated in this new computer.
Genius Pro plays at a significantly higher skill level of more than 2200 ELO (2400 USCF).
The changes are visual as well, new pieces in an exclusive white and black chrome, along with felt and significantly improved sensor board and pressure point.
Hardware Improvements:
Significantly improved sensor board with smooth-running pressure point
5x faster processor
5x more RAM memory
Automatic power supply detection – connected power supply switches off the sleep mode during 24 hours for long term analyzing

Overall, the Pro is a significant performance improvement, an ideal choice for improving, regular, or ambitious players. The playing algorithms and therefore playing style is adjusted and enhanced.
Due to the increased processor performance it’s recommended to use an AC power supply sold separately. The battery operation is fine, however the playing time rates well below that of the previous model.