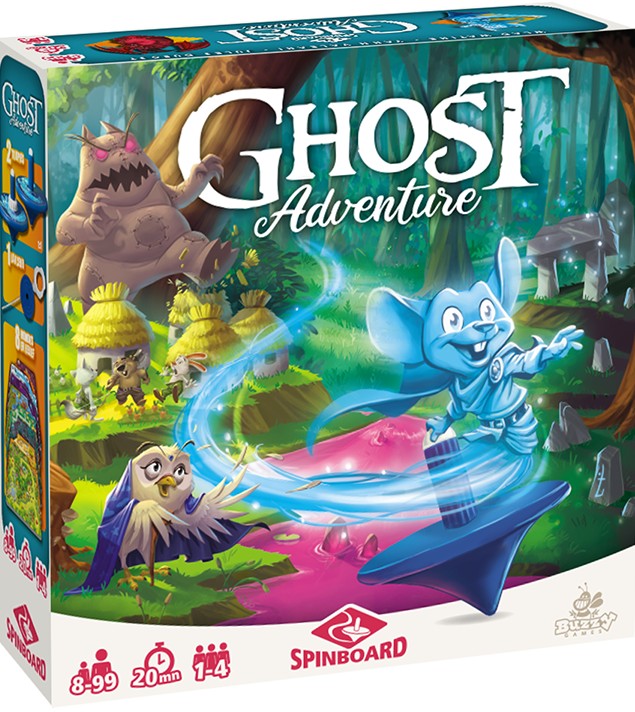 Until now, peace reigned in the forest kingdom. The guardian spirits, who live in the statues of the ancestors, watch over the small animals that live under the canopy. But one day, wolf warriors armed to the teeth land on the coast. They destroy the statues and capture the guardian spirits. When the terrible Spirit of the North appears with his monstrous assistants, the fate of the forest dwellers seems sealed. All hopes now rest on the only guardian spirit that could escape: a small ghost mouse with its magic spinning top.

In the cooperative family game Ghost Adventure, players guide a spinning top across several game boards and must complete tasks on them to successfully complete missions. For each of the 56 missions, a different route must be completed with the spinning top. The double-sided boards show eight different worlds and a variety of goals to reach without stopping the spinning top (too often).