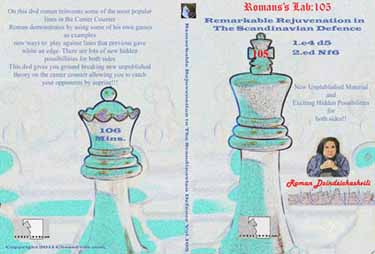 On this dvd Roman reinvents some of the most popular lines in the Center Counter. Roman demonstrates by using some of his own games as examples, new ways to play against lines that previous gave white an edge. There are lots of new hidden possibilities for both sides.This dvd will give ground breaking new unpublished theory on the center counter; allowing you to catch your opponent by surprise.Running time: 1 Hour 46 Minutes