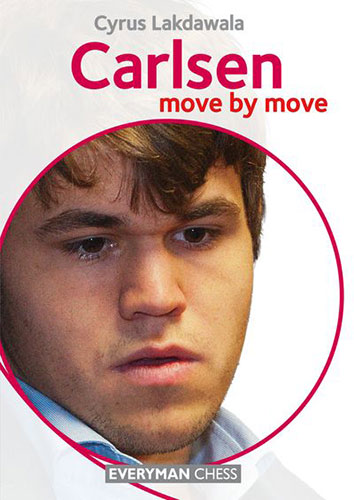 Despite his relatively young age, Magnus Carlsen has already secured his place in chess history as a legend of the game. In a short space of time his accomplishments have been extraordinary. In December 2012 he broke Garry Kasparov's record to become the highest-rated chess player of all time. He followed up this achievement in 2013 by defeating Vishy Anand to become World Chess Champion. Carlsen's universal style, positional mastery and incredible mental strength add up to make him a formidable opponent. In this book, former American Open Champion Cyrus Lakdawala invites you to join him in a study of his favourite Carlsen games. Lakdawala examines Carlsen's skills in attack and defence, exploiting imbalances, accumulating advantages and endgame play, and shows us how we can all improve by learning from Carlsen's masterpieces. Move by Move provides an ideal platform to study chess. By continually challenging the reader to answer probing questions throughout the book, the Move by Move format greatly encourages the learning and practising of vital skills just as much as the traditional assimilation of knowledge. Carefully selected questions and answers are designed to keep you actively involved and allow you to monitor your progress as you learn. This is an excellent way to improve your chess skills and knowledge.