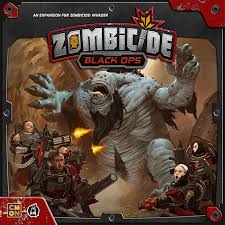 Zombicide: Invader’s Black Ops expansion set lets players dive further into the heart of PK-L7 and fight against the terrible Xenos in new ways. The set includes six new Survivor figures, each with their own dashboard full of special abilities, as well as a new Bot and a new type of Sentry Gun. But they’ll have their work cut out for them, as the Juggernaut Abomination is roaming around. Playing through a new 10-mission campaign, their job is to save people and grab as much Xenium as they can.