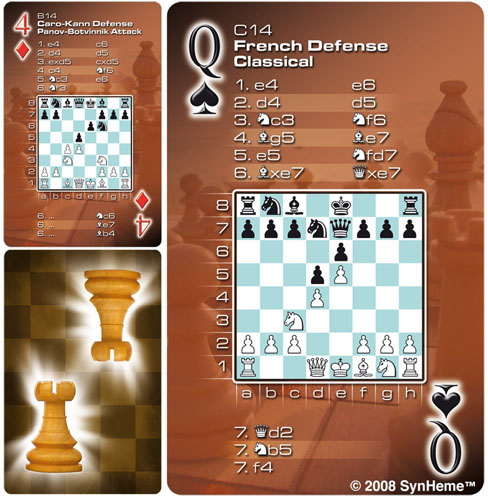 52 Chess Openings variations including the French Defense Playing cards
The French Defense deck of cards is a more in depth look at some of the major openings covered in the basic deck on chess openings. It includes 13 cards for the much played French Defense.