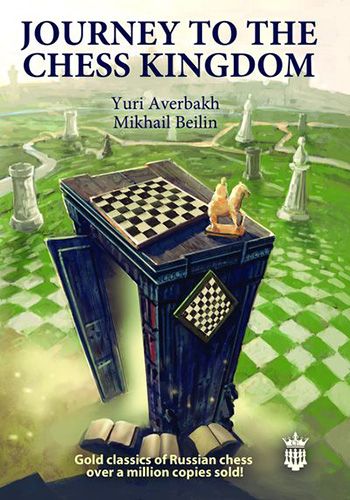 There are hundreds of chess books published every year and even for the most stubborn collector it is hard to catch up on all of them.

Among these books we can find very decent works as well as the not so good: only a very few of them we could call "evergreens"; such books, which are written by top specialists, will always be of interest to chess lovers.

One such book is Journey to the Chess Kingdom written by Yuri Averbakh and Michael Beilin.

Yuri Averbakh is the oldest living GM, a legendary former Soviet Champion and candidate for the World Championship. He also wrote the most important endgame manual in the history of chess. Michael Beilin was a famous lawyer, trainer of the Soviet National team and a prolific chess writer.

Journey to the Chess Kingdom has been reprinted many times and translated into a number of languages. Though quite surprising, the fact is it has never before been translated into English... until now!