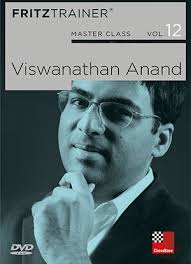 When Viswanathan Anand appeared on the European chess stage, he had already achieved a number of successes in India, such as winning the Indian Junior Championships and the National Indian Championship while still being a junior. Anand was only 14 years old when he was invited to play for the Indian National team at the Chess Olympiad 1984. In 1987 he became World Junior Champion and in 1988 the 19-year-old became India’s first grandmaster.
Languages: English
ISBN: 978-3-86681-729-6
System: Windows 7 or higher
Level: Any